In this article, you will learn about Arduino Nano Pinout and diagrams. the difference between Arduino UNO and Arduino NANO.

The Arduino Nano is a compact microcontroller board that is compatible with almost any board with a roll. It weighs almost 7g, and a dimensions between 1.8cm to 4.5cm. The Arduino Nano appeared in 2008 and remains one of the most popular Arduino boards.

Arduino Nano Pinout can be found in the diagram below : 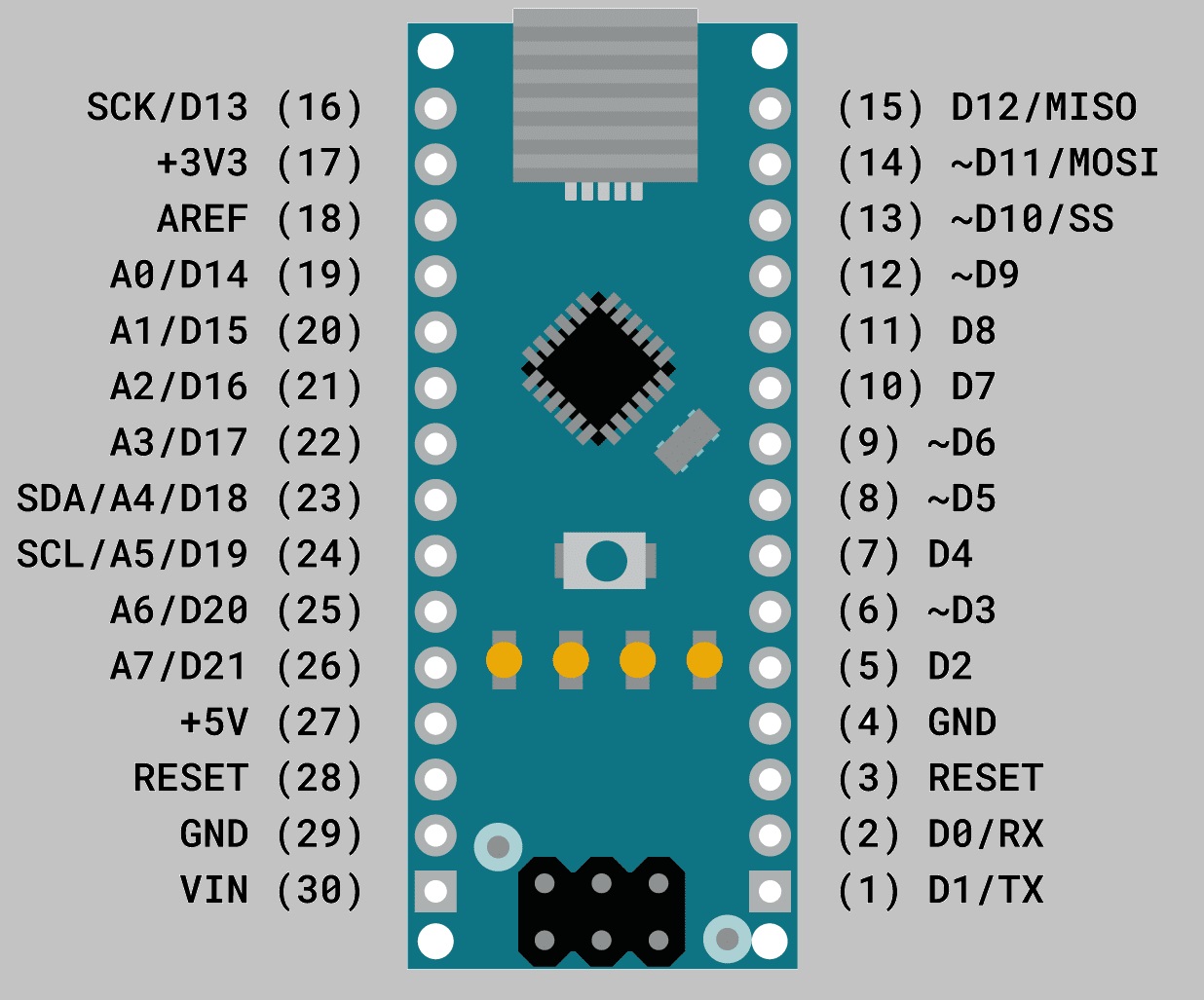 All Arduino Nano digital pins can be used as input or output, and this with the use of the pinMode (), digitalRead () and digitalWrite () functions. They all operate at 5 Volte, and each pin can receive or deliver a maximum of 40mA of current. All digital and analog pins of the Arduino Nano have an internal 20-50 kOhm pull-up resistor. To use this pull-up resistor you can use: